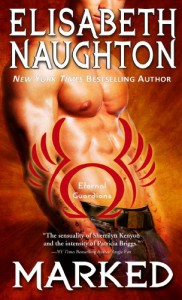 It lost some points for lack of world building. There is some, but at the same time we get half way into the book and that's when things get explained.  The Argonaut thing never really is explained, aside from them all being descendants of the Gods, via their half mortal hero children. I knew the story of Jason, the ship Argonaut and the golden fleece but without knowing that story I would have been completely lost for most of the book.  The Argonaut is mentioned, by Casey at some point.  I think my big issue is that the author seems to assume that her readers will know the story.  The world building being a little messy isn't that big of a deal in the end but I was getting a little annoyed by the time things were finally explained to Casey.

I expected the end to work out about the way it did.  The prophesy is first on page 155 (kindle edition), or about 54% in. Isadora knows it, which is why she was in the human world, staring at Casey like a stalker. It never says anything about either one dying and I have no idea where they got the idea that Casey had to die.

I liked Casey more than I liked Theron, but that seems pretty standard for me. I'm just glad I didn't hate him like I hated William from The Letter.

I will read the next book, since I did like the world.  I just wish the world building had been better.  First book syndrome, I guess.