Review The Dirt on Ninth Grave by Darynda Jones 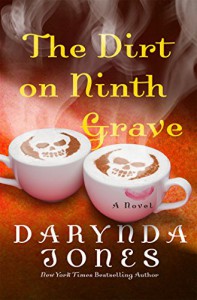 It took me a lot longer to read this book then it really should have.  I was (technically) reading this book from Feb 26 to March 7.  It didn't really take me eleven days to read this book - I read a few chapters, didn't get into it and didn't read it anymore until two days ago - the 5th.  I know this has nothing to do with the book, but I also know why I couldn't get into it: I HATE amnesia books!  I can handle it for a few chapters, but Charley doesn't remember for most of the book (spoiler, but I doubt that's a surprise).

It wouldn't have been as bad if Reyes, Cookie and the rest weren't also there, near her the whole time and not saying anything. I'm not sure what the plan was, but it does work, I'm assuming, since Charley does remember.

Also, Charley basically has the same personality - with her odd assumptions (I know 8 languages - I must be a genius!) and strange sense of humor.  She's the same person she normally is just without the memories.  That doesn't make any sense.  Personality isn't genetic or isn't only genetic.  There is no way that Charley would be the same person without her memories and past experiences. Maybe it can be explained by her not really being human, but a reaper.  I'm willing to accept that, but it still really annoyed me at times.  It would have been really odd to have Charley not making some of her crazy jokes, but it felt a little off to me.